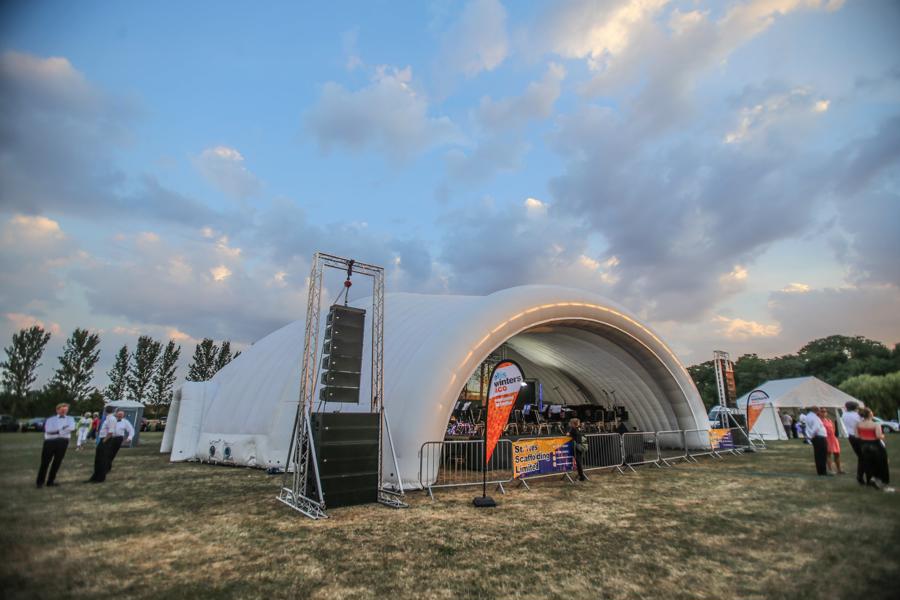 The ESP-2400 Inflatable Stage Cover on hire from Evolution Dome the two-day event in Cambridgeshire was a feature piece and played host to a number of activities. A large carnival parade and family day on Saturday 14th followed by a 40 piece orchestra band in the evening for the spectacular Proms In The Park. The Sunday saw the stage hosting 7 bands including Poke, The Flying Aces, and Glamtastic for a full 8 hours of live music.

The stage cover on hire was installed in just 2 hours by the team enabling the stage and Audio Visual to be put in place the same day. The entire stage set up took less than 8 hours meaning showcasing it is perfect for the live events industry and events with tight build deadlines. Cambridgeshire supplier JPS Sound and Light installed a 12m x 7m stage, RFC line Array rig, Stage lighting and 6m P6 screen which showed visuals, sponsors logos and a live video link via a drone across the 2 days.

The free to attend event celebrated its 19th year with the whole weekend was free to attend, supported by grants, donations, and sponsorship. Attracting over 9,000 people over the 2 day event Michael Burke from the organizing committee commented “As always Evolution Dome went above and beyond to deliver the stage cover on time and in the budget. The Inflatable stage cover has become a set piece at this event and we look forward to welcoming it back next year for our 20th-anniversary event.”

For more information on Evolution Domes Stage Cover Hire or Inflatable structures call 01487 640640 or download our Brochure below:- 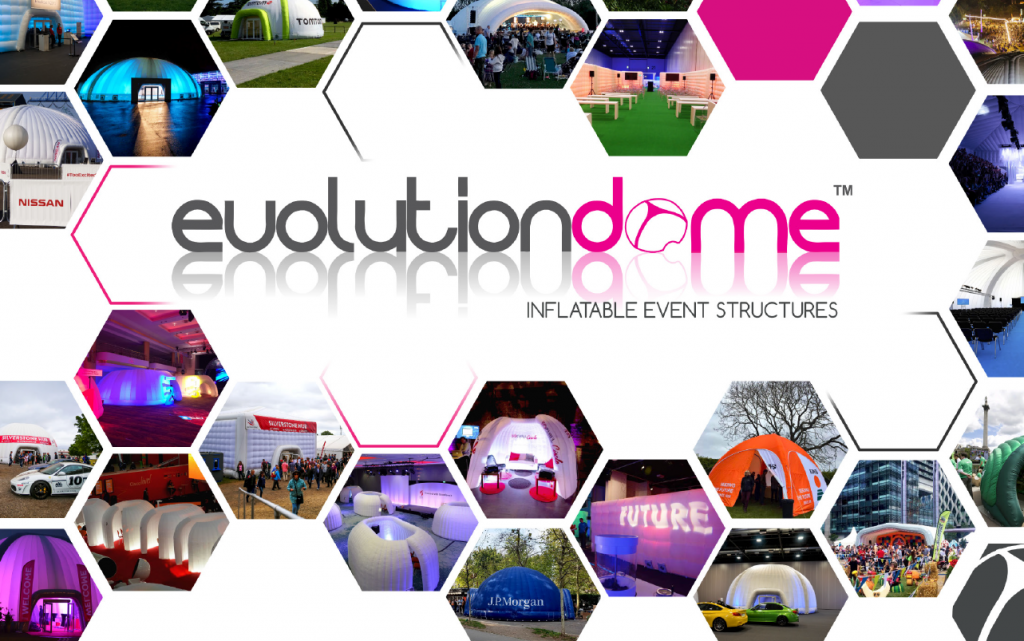 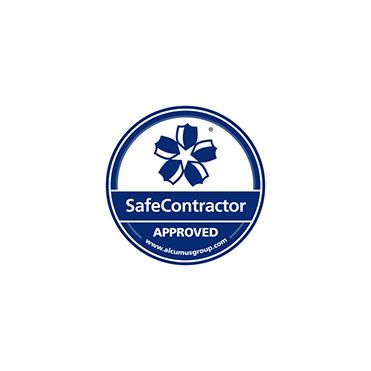